Take a look at a very interesting scholarship offer – the Sir-Hugh-Carleton-Greene-Foundation is inviting young journalists to apply for individual training opportunities and three highly endowed scholarships in 2022. Check the criteria and procedures and remember to apply by October 15, 2022!
march
01
2023
Wednesday

Between June 3 - July 14, 2023 the Summer School “Security and Society in the Information Age” will be held. Enrollment deadline is March 1. Designed and launched jointly by SRAS (USA) and Collegium Civitas, the summer school program addresses global issues from unique perspectives. It combines the four-week intensive course on security issues with an optional two-week research internship with the Terrorism Research Center.
END_OF_DOCUMENT_TOKEN_TO_BE_REPLACED

Auditorum A, Palace of Culture and Science, Warsaw

Since 2009 the Eastern Partnership (EaP) has been the framework for defining the EU’s relations with its six closest neighbouring states at its eastern edge. Whilst there have been many advances in the form of visa-free regimes and new and far-reaching association and trade agreements, the reality on the ground across the region is fragile and fractious. Economic transitions are incomplete, democracy uncertain and societies lack resilience. With this in mind Collegium Civitas will host a Round Table discussion to consider the accomplishments, weaknesses and future of the Eastern Partnership. 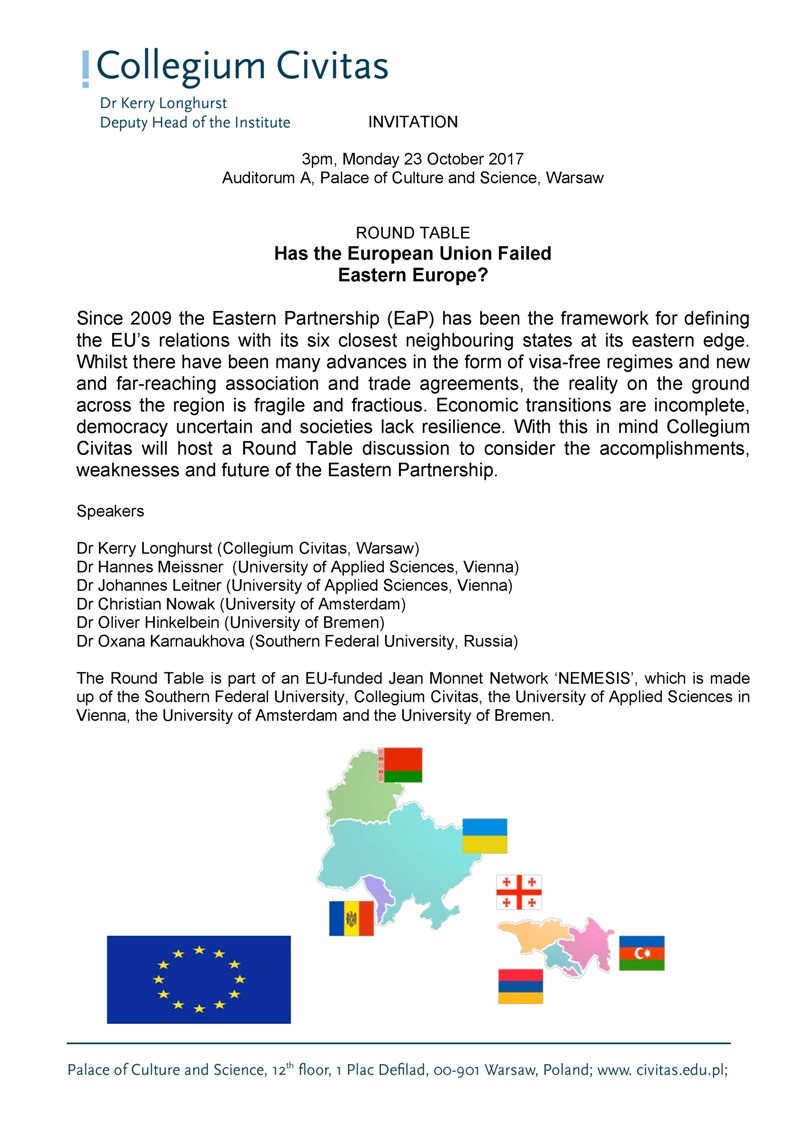