Meeting of the Data Science Club

The Minda de Gunzburg Center for European Studies (CES) at Harvard University invites applications for the 2023-2024 Visiting Scholars Program. CES is also accepting applications for the German Kennedy Memorial Fellowship, which is designed for EU citizens from countries other than Germany. The application deadline for both programs is December 9, 2022.
march
01
2023
Wednesday

Between June 3 - July 14, 2023 the Summer School “Security and Society in the Information Age” will be held. Enrollment deadline is March 1. Designed and launched jointly by SRAS (USA) and Collegium Civitas, the summer school program addresses global issues from unique perspectives. It combines the four-week intensive course on security issues with an optional two-week research internship with the Terrorism Research Center.
june
30
2023
Friday

In this special issue of “Zoon Politikon“ (14/2023), we would like to invite you to reflect on this multifaceted, amorphous, and ubiquitous (as the Covid pandemic seems to have emphatically demonstrated) emotion. We encourage the submission of articles.
END_OF_DOCUMENT_TOKEN_TO_BE_REPLACED

Edmund Wnuk-Lipiński Institute of Sociology is a research institution aiming to develop researches in the field of broadly defined sociology of public life. It includes issues traditionally rooted in different sub disciplines of sociology: sociology of politics, sociology of culture, historical development of sociology, critical sociology. The main point of reference for the IS CC team is the public life in Poland and in the region of Central-Eastern Europe – in the broad political and cultural context, taking into consideration historical specificity of the region. The research carried out in the frame of the Institute focuses on grasping social change in diverse aspects: apart from political system changes we take account of cultural and civilizational changes connected with multidimensional process of globalization.

The research made in the Edmund Wnuk-Lipiński Institute of Sociology is characterised by the interdisciplinary methodological approach resulting from the output of the staff members. Regardless of different perspectives and theoretic traditions they have a common research field connected with following issues:

The Institute’s aim is to participate in opening new perspectives for theoretic reflection and development of state-of-the-art methodologies. The realized research projects develop new cognitive perspectives, enabling to describe the complexity of the social word in the age of globalization and disappearing borders between social realm and what was traditionally considered as political domain.

In the years 2006-2012 the Rector of the University. From 2013, he was the head of the Institute of Sociology and the Department of Social, Political and International Studies.

Professor Wnuk-Lipiński graduated in sociology at the University of Warsaw, in 1992 he received the title of professor of humanities. He specialized in the field of political sociology. He was the founder and first director of the Institute of Political Studies of the Polish Academy of Sciences. He lectured at the Institute of Humanities in Vienna, at the University of Notre Dame, at universities in Canada, Norway, France (Center national de la recherche scientifique), Bulgaria and at the Wissenschaftskolleg in Berlin. He received a scholarship from the Vienna Institute of Human Sciences (Institut für die Wissenschaften vom Menschen) in Vienna.

Professor Wnuk-Lipiński held the position of adviser on social policy of NSZZ “Solidarność”. On behalf of the democratic opposition, he took part in the Round Table discussions. In 1989-1991 he managed a team of scientific advisors at the Civic Parliamentary Club.

In 2011, he was awarded the Commander’s Cross of the Order of Polonia Restituta.

Professor Wnuk-Lipiński was also a science-fiction writer. He published, among others, trilogy Apostezjon, consisting of the item Wir pamięci (1979), Rozpad połowiczny (1988) i Mord założycielski (1989). In 1988 he was awarded the Prize Janusz A. Zajdel for Rozpad połowiczny. 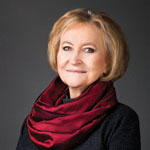 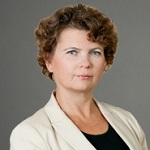